WE’RE OFFICIALLY ONE OF THE BEST COMPANIES TO WORK FOR IN THE UK! Yep, that’s right. We’re officially one of the best companies to work for in the UK according to The Sunday Times Best Companies list.

We were ranked 32nd in the medium-sized business category and even achieved a 3 Star Accreditation – the highest that can be awarded.

It’s the second year that we’ve been included in the prestigious ‘Sunday Times Best Companies to Work For’ list. Last year we were the only accountancy practice to be named in the small company category.

Why are we one of the best?

Our people told us so. Around 1,000 companies enter the Best Companies to Work For Awards every year. The awards are judged based on the responses of employees in eight key areas including leadership and management, opportunities for personal growth, wellbeing, and giving something back to the community.

We’re always looking for fresh new talent. Take a look at our current vacancies or simply get in touch at jumponboard@pkfcooperparry.com.

“Being named in the Sunday Times Best 100 Companies to Work For list is a fantastic achievement for everyone at the firm. The fact that we have gone from 91st position in the small companies category to 32nd in the medium sized is testament that we are maintaining our culture during a time of change and growth for the business.

“It also demonstrates that staff enjoy working for the company, which is massively rewarding to know.”

PKF Cooper Parry is on track for another record year, with revenues of £30m and growth of more than 50 per cent, making it the fastest growing firm of accountants in the country for two years running.

The firm was recently named the most innovative mid-tier firm of the year at the British Accountancy Awards. Cooper Parry’s wealth management division, Cooper Parry Wealth, also won ‘Best Financial Adviser to Work For’ at this year’s Professional Adviser Awards. MAKING SUSTAINABILITY AS EASY AS ABC 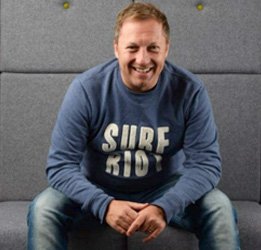